In part one I talked about our adventures getting to Eleuthera, now I can tell you about our time there!

We got out super early the next day, which was not so easy after a whole day at the airport and night being shuttled around Florida lol. Luckily there were no more flight probs and we arrived in Eleuthera later that morning. We went through customs which took all of 5 mins and shortly after our rental van arrived. It was a relief my Dad was able to not only find a van for all of us to fit in the same car( I would not be good at driving on the left side of the road!) but car seats too!

Since we landed on the other side of the island than we were staying we got to drive through almost all of Eleuthera! It was so fun to see all the towns and architecture and vegetation, so different from the midwest.

We stayed on Windermere island, which is a small gated island off of Eleuthera. The house was perfect for our group. It was all one level so we did not have to worry about stairs with Joaquim and there was a small yard space for them to play in as well as a pool that was shared with a couple of the neighboring houses. I loved that the pool was close but you could not see it from the house so I again was not worried about the kids running out there without an adult!

One of the things I loved about Eleuthera/Windemere is that one side is the Atlantic ocean and the other is the Carribean sea. You get to experience two amazing bodies of water and its walkable from water to water. It was pretty wavy on the Atlantic side so we really only swam there one day, but enjoyed so many beautiful walks on the beach during the kids nap times and my mom and I even did one during sunrise that was just breathtaking.

We stuck to the channel of the Carribean side on Windemere most days which was super calm and shallow. The water was gorgeous and warm and the kids loooooved being little fishes and exploring sea life. We spotted some starfish, schools of fish, a sea turtle and even some sting rays! The house also had kayaks we took out for a day, as well as some bikes and a few sand toys for the kids.

My Mom hired the caretaker of the house Bobette to cook a couple dinners for us while we were there that were super yummy! One night was a Bahamian BBQ with ribs and another was their version of a fish fry that was also amazing! A few nights we went out to eat as well, 1648 was a beautiful restaurant in a resort that was being redone that used to be a Club Med. They had wonderful oceanside dining and the food was superb. Another place we went was Tippy’s. We tried some conch fritters there that were pretty darn good and the coconut shrimp was delish. This seemed more like a bar scene tho ( we went early and it wasnt so busy) but would be really fun late night stop if you are sans kids.

Speaking of kids, Joaquim and Mia looooved it there! From swimming in the ocean or sea, holding starfish, building sandcastles and hunting for seashells they were living their best life! Mia said several times she wished she was an island girl, and at one point she even said she was NOT coming back with us and would stay there and go to school with Bobette’s  Granddaughter Layla. I felt her pain, I wanna be an island girl too lol.

We had such a wonderful time in the Bahamas and I’d say our first time traveling with kids and their first ocean experiences were a success! Now my fears of traveling with littles has gone down considerably and I am looking forward to our next adventure whenever that may be!

Here are some photos and a short video from our time in Eleuthera! 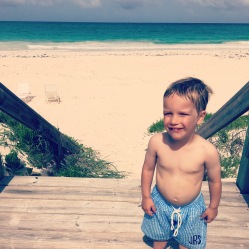 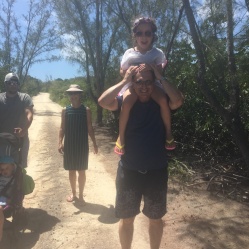 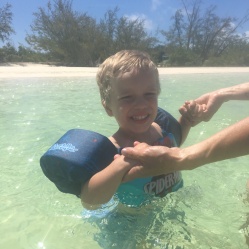 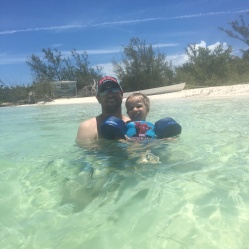 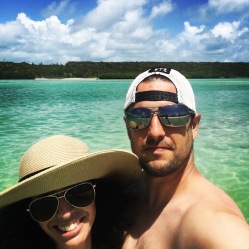 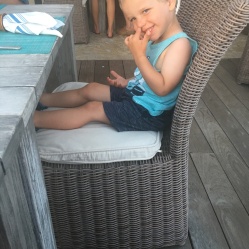 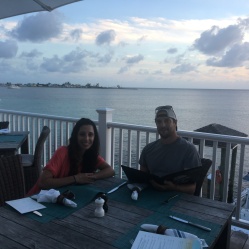 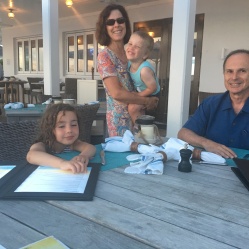 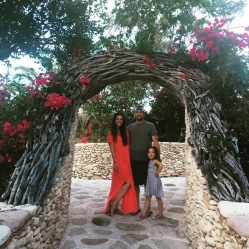 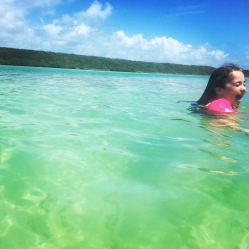 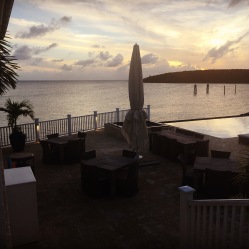 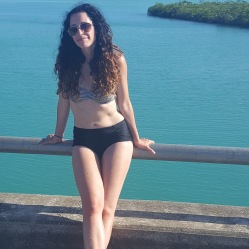 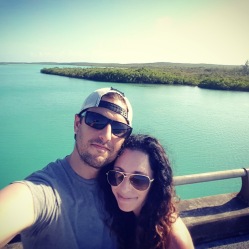 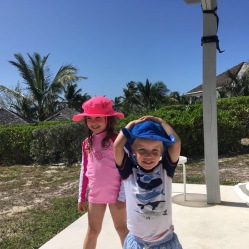 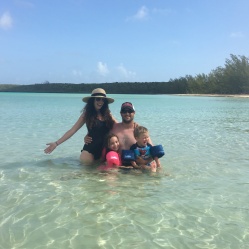 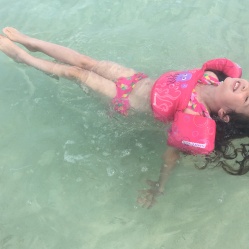 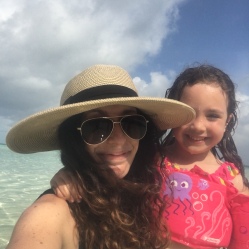 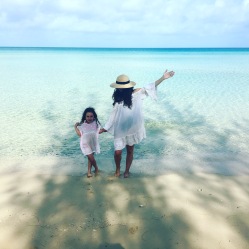 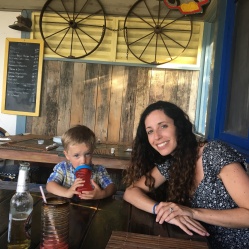 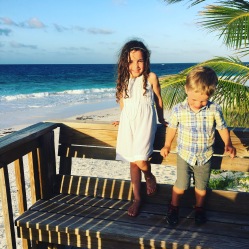 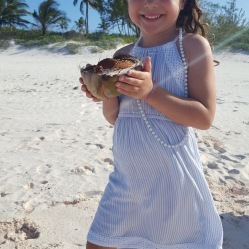 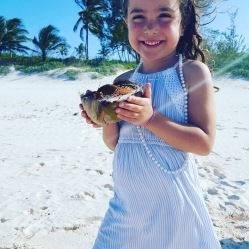 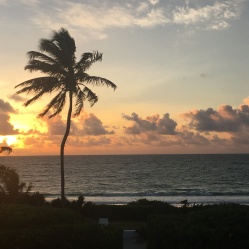 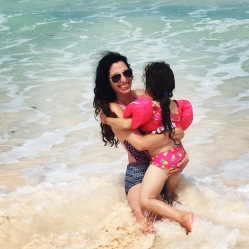 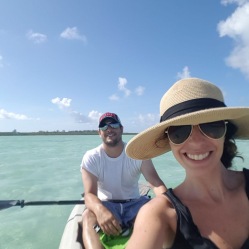 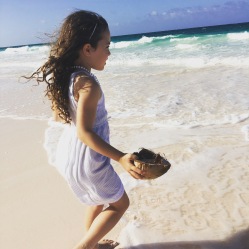 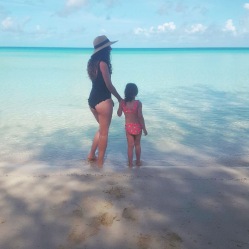 I have been trying to slowly make our household a more natural and healthy home. A total change would be overwhelming so I have been trying to make small changes here and there. One of these is using organic coconut sugar in place of processed white sugar. I have it in my coffee and on my cinnamon toast, and today I thought I’d try using it in a strawberry crisp! I had a bunch of strawberries leftover from the fourth and they were getting really ripe so I thought I’d make a crisp to salvage them 🙂 The recipe is so easy and turns out sooo so yummy!

Processed with VSCO with c1 preset

Processed with VSCO with c1 preset

2. Mix flour, sugar and butter together with a fork until it combines but is till somewhat crumbly.

3. Add a layer of strawberries and raspberries into each ramkin or your one baking dish.

5. Scoop flour mixture on top of the berry mixture, covering the berries and gently patting down.

6. Put baking dish(s) on a foiled baking sheet to catch any spill over.

7. Bake for about 25 mins or until browned and bubbling hot.

8. Serve warm with a scoop of vanilla ice cream.

Words From Italy Instagram. I came across this randomly and it’s been fun to learn another Italian word or two! I should probably find a French one for the trip next year tho! 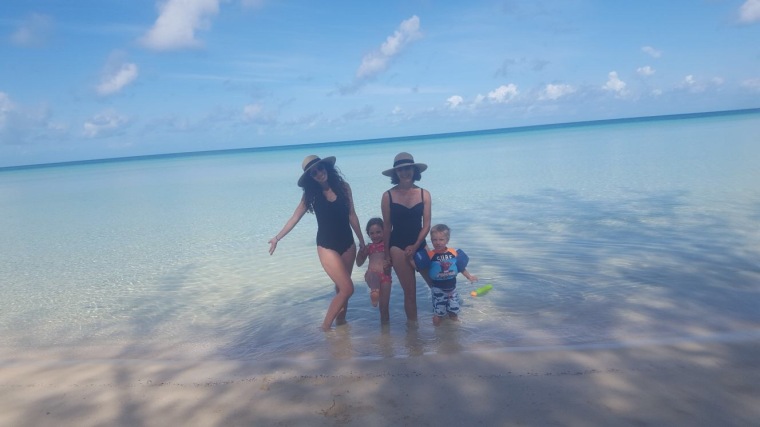 Water Squirter toys Mike got for the Bahamas. These things were theeee best toy to bring for our beach vacation. I dont know who had more fun with these the kids or my Mom or Mike lol. Im sure they will be used a ton this summer still at the lake or in the backyard!
Three. 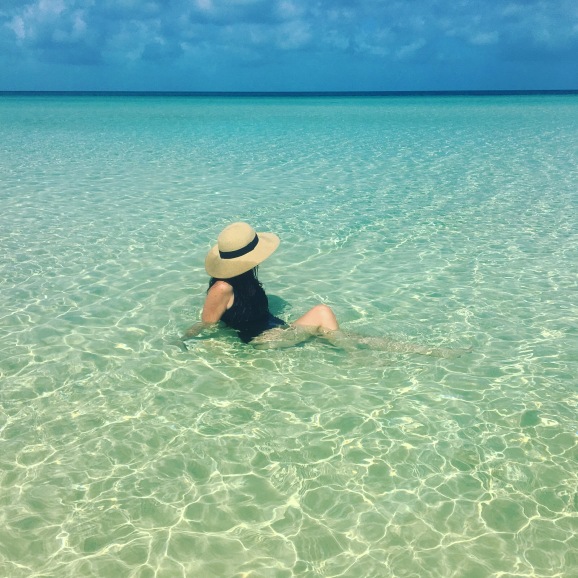 Eleuthera Bahamas. You guys! I still can’t get over how beautiful Eleuthera is!!! If you ever take a trip to the Bahamas and are looking for a more peaceful, quiet, less touristy local Eleuthera is the place to be!! The beaches are all stunning and there are more than 135 on the island! The people are friendly and food is great, I could go on and on!  I’ll be doing my part 2 post on our trip soon with lots of pics and more info on what we did on the island while we were there 🙂
Four.
Hannah’s smores dip recipe. I saw this on her instastories a while back and demanded the recipe! I have yet to make it but it is on the bucket list for this summer! So simple yet a fun new way to enjoy smore! Hershey bars broken up, then marsh mellows laid on top, bake in the oven at 450, for 7 mins and then broil 30 seconds! Use graham crackers to dip!
Five. 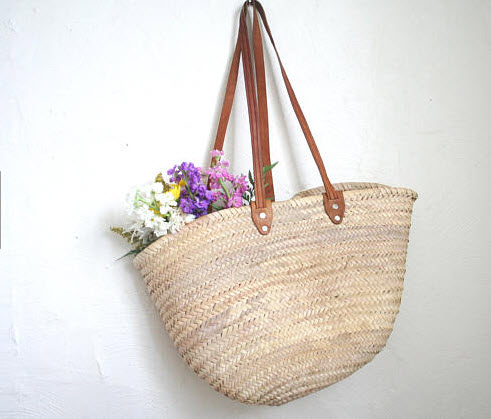 Farmers market baskets. My Instagram feed has been filled with pics of the most beautiful straw farmer’s market bags lately! They look so beautiful and summery all filled with fresh produce and blooms. I have one on my wish list but am thinking it wont be purchased until next summer. This one pictured you can find here.
Six.

Bloodline on Netflix and World of Dance on NBC. Bridget posted about Bloodline a while back and I just finished the first season and loooved it! So intense, so many layers! If you’re in need of a good show to get hooked on check it out! Also World of Dance!! Back when ABDC was on MTV Mike and I were obbsssseeeessed and now some of those dance crews are competing on this show! If you like dance shows you’ll love this one, plus I have a total girl crush on Jenna Dewan Tatum so  there’s that too.
Seven.

In Honor Of Design’s capsule summer wardrobe and Thursday Insta- carpool Karoke. Another thing brought to my attention by Bridget. Thank you Bridget! These are so so funny! I havent seen her do one for a few weeks but if she gets back into them check it out! And her summer wardrobe capsule intrigues me…it really does! I juuust couldnt pull the trigger/have the courage to do it this summer, maybe next year? She does it soooo well though, all her outfits are so pretty and summery!

A peek into the past